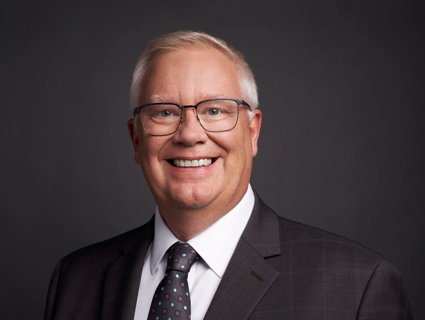 Julian Chase is Cargill’s first-ever chief transformation officer. A role created in 2018, Julian is responsible for driving a culture of continuous improvement as the 153-year-old company works to integrate and transform itself to meet the changing dynamics of the marketplace.

With more than 25 years of operations, supply chain, product line and P&L management expertise with Cargill, Julian was a natural choice to lead the company’s transformation efforts. He has successfully led both commercial and functional areas within Cargill, most recently leading the global Starches, Sweeteners & Texturizers group with operations across North America, South America, Europe, the Middle East, Turkey and North Africa.

Julian, who loves his guitar, squash and photography, started his Cargill career as an intern at the Tilbury corn milling facility in England when he was only 20. Since then, he has worked extensively in the U.S. and Europe, as well as in several global roles, including four years leading the Global Strategic Sourcing function for Cargill.

Julian holds a bachelor’s degree in chemical engineering from the University of Surrey and an MBA from Cranfield, both in the UK. Julian resides in Minnetonka, Minnesota, with his wife and two teenage daughters.