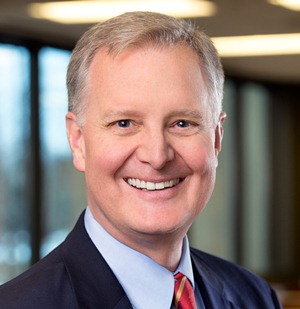 MINNEAPOLIS — Todd Hall, a 32-year veteran of Cargill, has been named to the Cargill Leadership Team (CLT), the executive group in charge of Cargill’s strategic direction, growth and capital allocation.

“Todd has a consistent track record of growing Cargill businesses, both organically and through acquisition,” said David MacLennan, Cargill’s president and chief executive officer. “He has shown the ability to build strong teams that focus on what our customers need to be successful.”

Hall joined Cargill 1982 and held general management positions with the animal nutrition businesses until 1998. At that time, he joined the animal nutrition leadership team and worked with businesses in Southeast Asia, Europe and the United States. In 2001, he oversaw Cargill’s acquisition of Agribrands International, which was Cargill’s largest acquisition at the time. Hall was appointed president of Cargill Animal Nutrition in 2004. In 2008 he became a platform leader, most recently focusing on poultry operations in Central America, China, Europe, Thailand, and the United States.

Buckner will retire in 2015 after 27 years with Cargill. He will step down from the CLT in February. Buckner helped build Cargill’s meat and poultry businesses and has been closely involved with the company’s food safety efforts.

“Bill is well known for his unwavering support of our people, businesses and customers,” MacLennan said. “Along with his passion for growing our meat businesses, Bill has championed a number of companywide priorities, including employee recognition and food safety.”

Cargill provides food, agriculture, financial and industrial products and services to the world. Together with farmers, customers, governments and communities, we help people thrive by applying our insights and nearly 150 years of experience. We have 145,000 employees in 67 countries who are committed to feeding the world in a responsible way, reducing environmental impact and improving the communities where we live and work. For more information, visit Cargill.com and our News Center.