Cargill Feeding Intelligence: Addressing the Most Essential Questions in Agriculture/Stories / From Quality Feed to World-Class Cheese

From Quality Feed to World-Class Cheese

Feed matters. Just ask Adam, Hannie, Arjo and Baukje van Bergeijk of Mountainoak farms in New Hamburg, Ontario. They’ll tell you the impact their relationship with Parion Animal Nutrition, a Canadian Cargill Animal Nutrition dealer-partner, has had on their business.

“One of Parion’s owners, Peter VanBoekel, was an energetic young lad when he first showed up on our farm in 1998,” Adam recalled. “He quickly demonstrated that he was trustworthy — and, that he understood what we wanted to accomplish.”

As life-long dairy farmers, the van Bergeijk family emigrated from Holland to Canada in 1996 and started Mountainoak Dairy. Their commitment to producing quality milk began with sourcing quality feed for their animals. Parion became a natural partner for their business, as both recognized the need to continually improve and work together to grow the Mountainoak business.

Since its inception, Mountainoak Cheese has won almost 40 regional, national and international awards for their artisanal Gouda cheeses — including securing the title “The Best Canadian Cheese” at an international competition in Great Britain.

Before Dairy Enteligen®, the van Bergejks faced challenges with making sure their cows were eating enough and consuming the right nutrients for maximum health, and had a difficult time identifying sick animals. Mountainoak Dairy became an early adopter of the monitoring technology, thanks to Parion’s guidance. Now, the platform makes monitoring herd health easy.

“It helps me keep a close eye on the condition of my cows,” Arjo said. “That way, I can identify and solve any health concerns or other issues that might come up — before they become serious problems.”

In addition, Adam and Hannie’s children have continued the family dairy legacy by starting their own dairies — all of them use Cargill’s Purina brand feed products exclusively, which contribute greatly to high quality products. All three dairy operations are achieving world-class results. 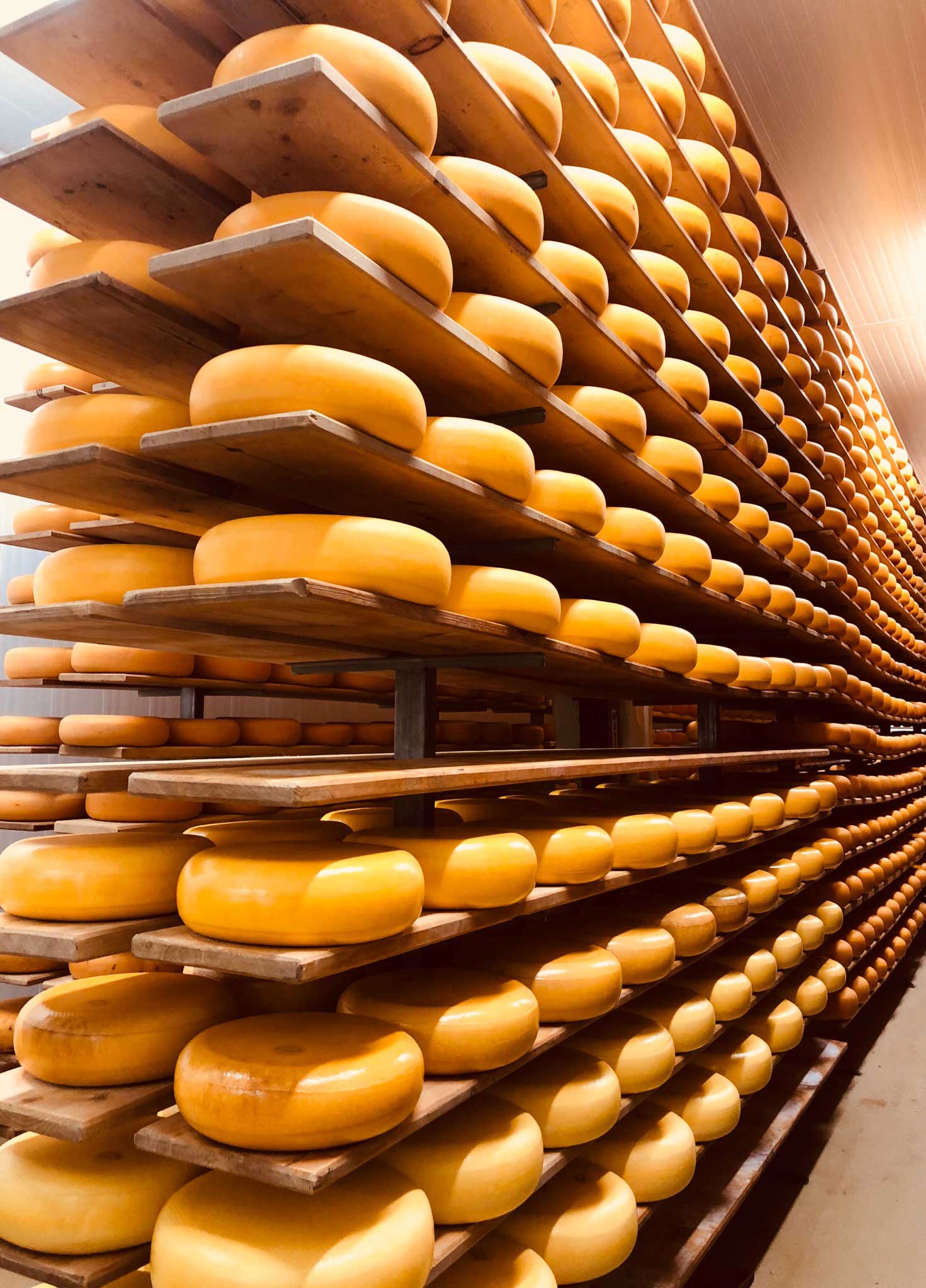 From feed comes success. The van Bergeijk family understands the role feed plays in their milk and cheese production. And Parion has been a trusted partner along the way.

“Mountainoak values how we challenge them with new ideas and solutions to address some of the obstacles they face,” said Peter VanBoekel, one of Parion’s owners. “We work together to resolve such issues, one at a time — and then we tackle the next obstacle, and then the next. The van Bergeijks want to keep improving and to be challenged. Their successes fuel our successes.”

Our food supply is strong

To support customers like Mr. Yu and the industry more broadly, Cargill’s team in China has partnered with the Chinese Ministry of Agriculture and Rural Affairs (MARA), the China Rural Distance Education Network and the Smart Agriculture App by MARA. Their goal: to promote a “360-degree comprehensive solution” for ASF control and prevention.

A farmer looks past the status quo for the best feed solution. His animals benefit and the world takes notice.