Feeling safe to share: 2 employees explain how talking about dyslexia changed their lives

Food and agriculture have always been at the heart of Trevor Sannes’ life. He grew up on a dairy farm and went on to college to study food science. Today, he’s a technical services specialist at Cargill, where he provides technical support to customers looking for salt solutions.

Most people would look at Trevor’s career and not think twice about the path he’s taken or the success he’s achieved, but he’s had to work extra hard to get to where he is today.

A journey to self-discovery

Trevor was entering elementary school when he was diagnosed with dyslexia — a learning disability that affects the brain’s ability to process language. Despite the diagnosis, Trevor says no one did a great job of explaining what dyslexia was. It wasn’t until middle school, when he started reading stories about famous people with dyslexia, that Trevor began to truly understand. Hearing about their struggles and eventual successes helped him learn how to adapt and modify how he worked.

“For me, being organized and planning ahead has always been a big help,” Trevor says. 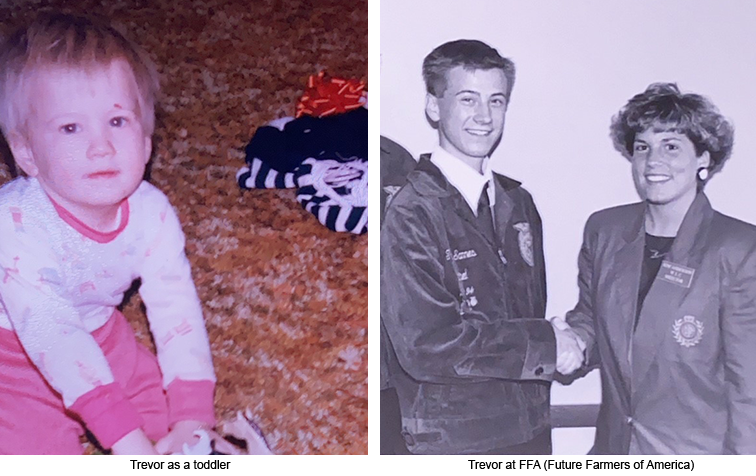 Trevor didn’t talk openly about his dyslexia, but the few times he did share his experience, he often regretted it. He remembers telling a few classmates in college that he had received extra time on an exam and them being furious that he was given special accommodations.

“They saw it as a pass to get a better grade and not understanding that it was a tool to just help get you to where everyone else was,” he recalls.

Even when he shared his dyslexia with his first boss out of college, the supervisor started to limit his exposure to customers. Later in his career, another manager to whom he opened up asked that he not share it with anyone else in the company.

“The experiences caused me to want to recoil,” he admits. A place to be his true self

Trevor came to Cargill two years ago and has had a vastly different experience. When he first started, he learned about the Cargill Ability Network, which works to make Cargill more inclusive for people with disabilities. He also read articles from leaders in the company about their own experiences with disabilities and says it was truly eye-opening.

“I thought, there’s finally a place that’s comfortable with it,” Trevor reflects.

Growing up, Trevor was often told not to talk about his disability, but at Cargill, he had finally found a place where talking about disabilities was not only accepted, it was encouraged.

More recently, he had a conversation with his manager and told her for the first time that he’s dyslexic. She encouraged him to share his story more broadly and was open to hearing about how she could best support him in his role.

“I definitely feel the broader openness and inclusion.”

Ellen Stewart leads Organization Development for Cargill and has been with the company for more than 12 years. She has a similar story to Trevor. She was told she had dyslexia at a young age because she had trouble with spelling. She received some tutoring, but for the most part, took on a power-through-it mentality to keep up with her classmates.

“The biggest drawback is that it becomes a self-esteem issue,” Ellen says. “You don’t think you’re as smart as or as good as other people.”

Like Trevor, Ellen rarely talked about her dyslexia. It wasn’t until her son was diagnosed that she felt more comfortable opening up. One of the first people she told at Cargill was a colleague during a work trip. He asked without hesitation how he could best work with her. He simply wanted to understand how he could help Ellen be her most successful self at work. Seeing the beauty in difference

Over time, Ellen says she’s more confident and sees her differences as unique gifts. As a parent of a child with dyslexia, she hopes her son can come to see his differences in the same way.

“I don’t want him to be ashamed of it,” Ellen emphasizes. “I want him to be proud of what he does with all of the gifts he has and be better because he’s had challenges.”

Ellen’s son was diagnosed when he was just starting the fourth grade. Today, at 14, he’s thriving and a shining example of how to live intentionally. Ellen says he likes helping others, works hard and enjoys setting goals for himself. She says he doesn’t take setbacks as crushing blows, but instead learns from them and keeps going.

“I don’t really ever see him give up, which is something I really admire about him,” Ellen marvels. 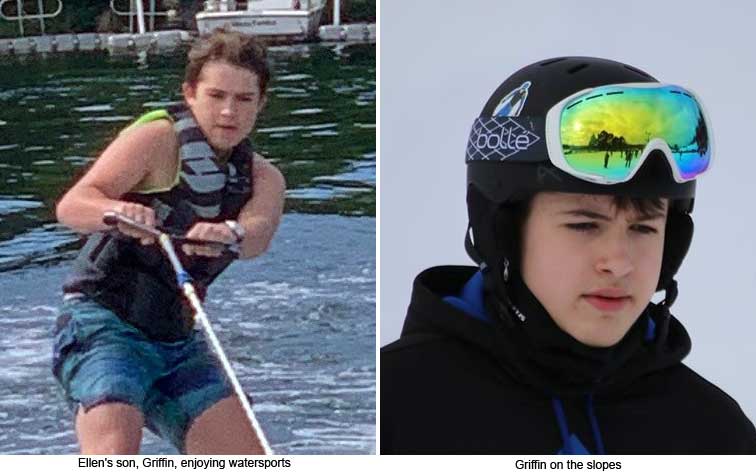 The tools for success

Ellen recalls it was a process to accept her son’s diagnosis. Like most parents, she wanted her son to be like other kids. But she also knows that in some ways his dyslexia is a gift because he’s been given a different perspective than most other people.

“There’s an element of grief but it’s also celebrating the different strengths that people who are neurodiverse have,” she says.

Ellen recommends that other parents who are dealing with a similar challenge seek out support because there are more resources available to families than most people think.

Trevor wholeheartedly agrees. He says that the best thing that parents can do is empower their children and find the tools to help them succeed.

“You can’t make the disability go away,” Trevor says. “It’s always going to be there. But helping them learn how to work with it is key to finding success.”