Tips for Working with Pectin Pectin for use in food is defined as a polymer containing at least 65% galacturonic acid units. The acid groups may either be free or be methylesterified, sodium, potassium, calcium or ammonium salts. In some commercial pectins amide groups also may be present.

The regular structure is interrupted by the presence of L-rhamnose, which causes deviations called "pectic elbows". The L-rhamnose is linked by carbons 1 and 2. The proportion of the galacturonic acids that are in the methyl ester form, is called the “degree of esterification” (DE) or “degree of methoxylation” and is quoted as a percentage. DE affects the behavior of pectin.

The % level of substitution of the amide group is defined as the “degree of amidation” (DA) and also is very important to the performance of a pectin.

DE and DA provide a good classification of pectins, and while these values can help identify the expected behavior of a pectin, additional properties are more suited to define its functionality, e.g. SAG, setting temperature and viscosity.

In the fruit, pectin has a very high degree of esterification (DE). During the acid hydrolysis used to extract it, some of the esters are converted into the free acid form, or saponified. By careful control of this process, HM pectins with different degrees of esterification are obtained. The higher the DE, the faster the setting rate, so depending on the DE these pectins are classified as Rapid Set (RS), or Slow Set (SS) for example.

In general, LM pectins can be obtained either by acid or alkaline hydrolysis. However, amidated LM pectins can only be produced by hydrolyzing under alkaline conditions using an ammonia solution. Under these conditions, some of the esters are converted to amide groups, a process which alters the pectin's rheology and calcium reactivity.

Correct preparation of the pectin solution is a key initial preparatory step. Incomplete dissolution is a frequent cause of unsatisfactory performance. A pectin which is easy to handle must have the following characteristics: good dispersibility, high dissolution rate and maximum solubility.

Gel formation is not the only function of pectins, HM pectins are excellent stabilizers of acid milk drinks. They coat the casein particles, stopping them  from aggregating to prevent sedimentation problems. LM pectins can provide a wide range of textures and rheological properties, depending on the calcium concentration and the calcium reactivity of the pectin chosen.

HM pectins also are very attractive viscosifiers for soft drinks. Here the pectin builds a similar mouthfeel to that of fruit juices, and is therefore useful in juice drinks and in low calorie or diet drinks. In addition, HM pectins have the advantage of delivering a very clean flavor release. In this case, the viscosity is created simply by the behavior of the pectin in the solution.

From a nutritional point of view, pectin is an interesting dietary fiber. Early research indicates that it has physicochemical properties which may positively influence several biomarkers that influence cardio-vascular and digestive functions. It may act as a cholesterol-lowering agent and preliminary research shows that it can impact gut health. Our scientific team will be glad to provide the necessary information.

In plant cells, pectin is linked to cellulose to form protopectin which has the ability to absorb large amounts of water. Cellulose gives the supporting tissues their rigidity while the pectic components give the plant its flexibility. The production of pectin consists of five main steps: Pectin is generally regarded as a safe food substance. Its composition and use is regulated under food additive law in the EU, and it is GRAS in the USA. It is also included in the International Codex Alimentarius. Particular references include:

Pectins have been given an Acceptable Daily Intake (ADI) of "not specified" by the FAO/WHO Joint Expert Committee on Food Additives (JECFA), and are listed on that basis in the Codex General Standard for Food Additives.

Pectin (E440 (i)) and Amidated Pectin (E440 (ii)) have both been given an ADI "not specified" by the Scientific Committee for Food. Specifications are listed in Commission Directive 98/86/EC of 11th November 1998, published in Volume 41, Issue L334 of the Official Journal. Pectins may be used under "quantum satis" conditions in most foods.

The FDA recognizes pectin as GRAS (generally recognized as safe). It may be used in all non-standardized foods and in accordance with the Code of Federal Regulations (21CFR 184.1588).

The Ministry of Health, Labour and Welfare recognizes pectin under The Japan's Specifications and Standards for Food Additives.

In other countries, food legislative authorities generally recognize pectin as an important and safe food  substance . Where regulated, permitted use levels are generally in accordance with “Good Manufacturing Practice.”

Cargill’s global team of regulatory and food law experts will be glad to provide assistance on regulatory, nutrition-related claims and food law-related issues. An excellent thickener, gelling agent and stabilizer, today’s pectin is a source for satisfying mouthfeel in reduced-sugar beverages, shelf-stable appeal in low-pH dairy beverages, and flavorful gummies with label-friendly appeal. When shoppers see pectin on an ingredient label, they may be flooded with memories of their Grandmother’s sweet strawberry jam. But this versatile ingredient has changed drastically over the past decade. 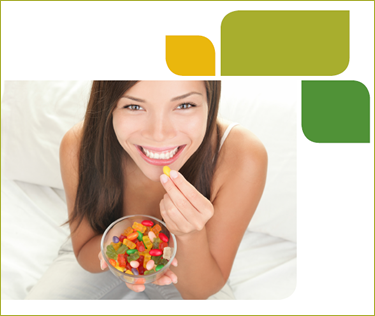 Technical advancements in pectin – as well as consumer’s interest in label-friendly and reduced-sugar products – have encouraged more manufacturers to include this fruit-derived thickener and gelling agent in product formulations.