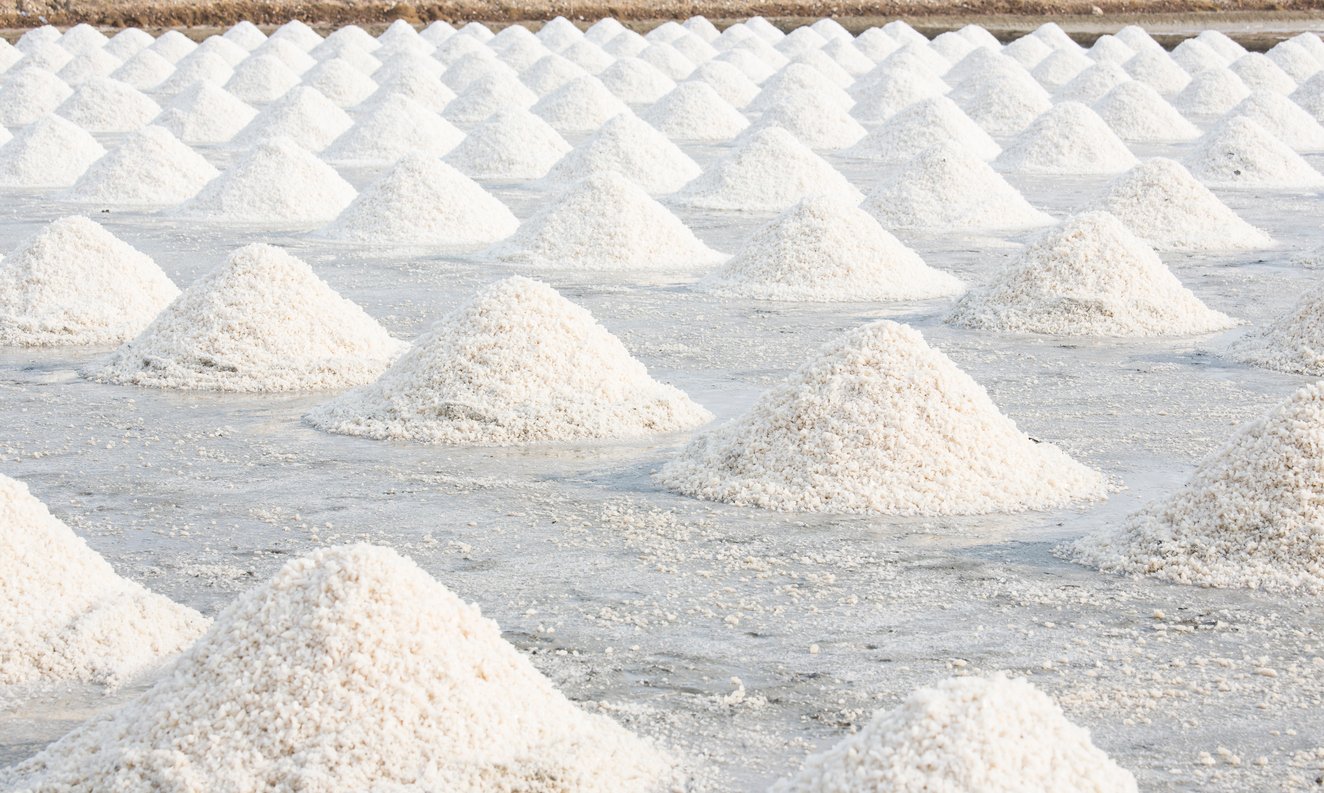 How are rock salt and solar salt different?

Rock salt is always going to give you more sodium chloride per dollar than solar salt is.  The real advantage to solar salt is going to be in applications where rock salt’s insoluble are a problem.

Solar salt and rock salt are made by different processes.  Rock salt is mined from underground salt mines and we use it as we find it, with little processing.  Solar salt, on the other hand, is made by an evaporation process.

For developing solar salt, we start with brine (or a salt water mixture).  That brine can be sea water.  It can be brine that we actually make by pumping water down into an underground salt deposit to dissolve that salt.  We then take that brine and we pump it into large outdoor ponds.  These ponds are exposed to sunlight, hence the name solar salt.  The sunlight warms the pond.  The water evaporates, and it leaves behind a purified salt crystal that we can harvest- that’s what we call solar salt.  Because solar salt is made from a brine, we can rid solar salt of insoluble impurities.  The purity of solar salt is always going to be higher than that of rock salt.  Solar salt purity is going to typically be greater than 99.5% sodium chloride.  Evaporation is a more expensive process than just digging the salt directly out of the ground.

Solar salt is always going to be more expensive than rock salt.  Do we get any value from that more expensive, higher purity?  Well, it depends on how you are using it.  If we are actually just apply the salt directly for use as a deicer, this is probably no particular advantage to the higher purity.  The only thing that matters from an ice melting standpoint is how much sodium chloride you’ve got present.  Rock salt is always going to give you more sodium chloride per dollar than solar salt is.  The real advantage to solar salt is going to be in applications where those insolubles are a problem.  These are usually applications where you are dissolving the salt again to make a brine.

One of the most common ways that solar salt is used is in water softening.  In water softening, we make a brine out of the salt, and then we pump that brine through our water softener to regenerate it.  You’ve got a tank that you keep filling up over and over again with bags of salt.  The water softener adds water and keeps dissolving that salt and using the brine.  You can imagine that if you’ve got insolubles; if you’ve got rocks and those sorts of things present in the salt, over time they’re going to build up in the bottom of your brine tank.  And so, periodically, you’re going to have to clean the brine tank.  Those insolubles might get into the water softener and cause problems.