When a manufacturer of horse food products approached nutritional scientists at Cargill about a new product targeting owners of high-performance horses, enhanced equine performance and health topped the list of requirements for the feed. Specifically, the challenge was to formulate a product that would produce a sustained level of energy – needed for consistent animal performance – while having no negative effects on animal health.

Tapping their vast knowledge of the nutritional needs of animals and their understanding of the nutrients contained in a wide range of raw materials, Cargill nutritional scientists identified a potential solution: a co-product remaining after corn has been processed for human food applications. The researchers conducted extensive tests – in animals and in the laboratory – to determine how horses would digest and metabolize feed formulated with the ingredient.

Cargill’s deep nutritional science knowledge, coupled with the use of sophisticated animal and laboratory testing, helped the horse feed manufacturer launch a high-performance product that strengthened its reputation for innovation and increased its market share. 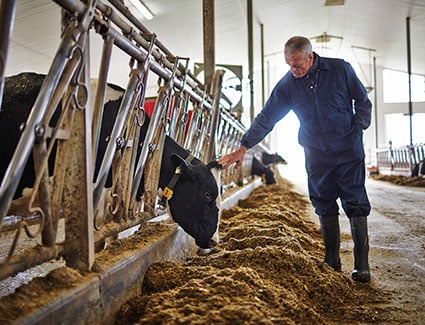 Find an animal nutrition career path that allows you to grow and help us provide better nutrition for better lives.